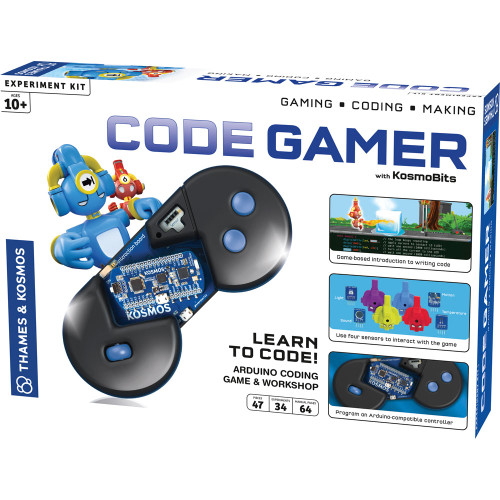 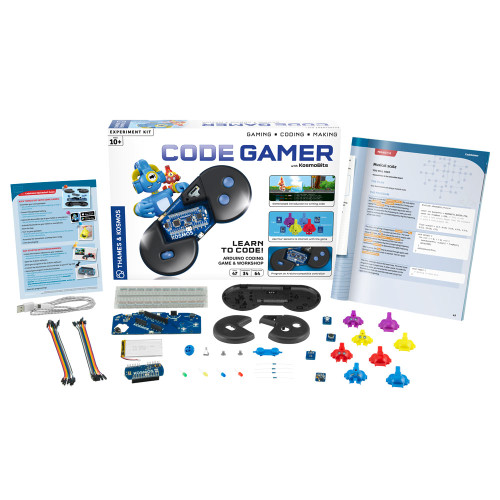 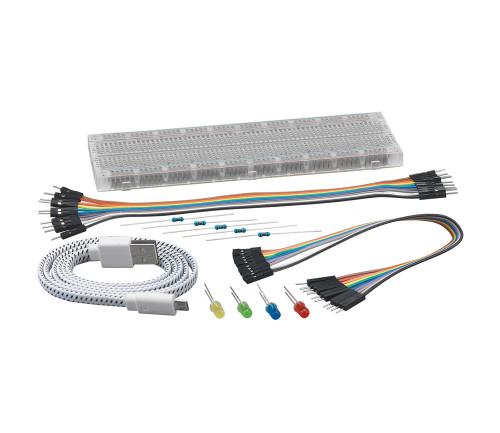 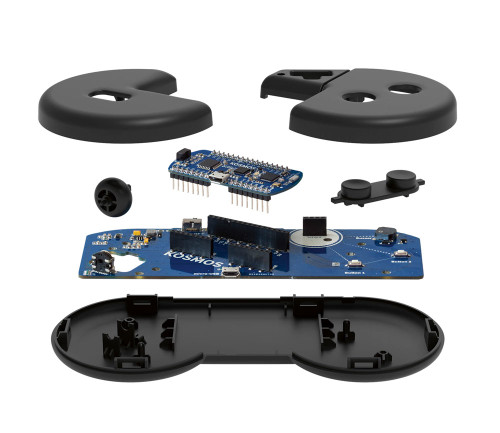 Learn to code with Thames & Kosmos CodeGamer, an Arduino coding game/workshop. The award-winning kit has 34 projects in a 64-page manual. Use sensors to control the game. Solve puzzles & challenges & write your own programs. Read More

My Science Perks members earn at least $3.06 back on this item. Sign In or Create a Free HST Account to start earning today

Thames & Kosmos CodeGamer lets you learn to code by playing a video game.

An Arduino-compatible gamepad connects wirelessly to your tablet or smartphone. Using the gamepad and four interchangeable sensor modules, play through a video game app. In each level of the game, you must learn a piece of the Arduino programming language. Then you use your new knowledge to solve puzzles and challenges and advance in the game. You'll learn coding basics just by playing the game!

Soon you'll be writing programs on your computer using the four sensors and inventing new applications. Follow instructions in the 64-page, full-color experiment manual to create 34 cool projects. Build a light-sensitive drawer alarm, a LED disco light that reacts to the movements of your fingers, and more.

With Thames & Kosmos CodeGamer, discover gaming, coding, and making. For gaming, use sensors to control the game with this innovative gamepad. With coding, you'll solve puzzles and challenges in the game to learn the Arduino programming language. You'll be making as you write your own programs and develop new applications for the sensors.

GAMING: Connect the physical and digital worlds! Use the gamepad to play through 15 fun game levels on your tablet. Plug one of the four sensorbots into the gamepad to activate its special powers.

CODING: Level by level, learn the basics of the Arduino programming language!

Requires a tablet or smartphone running iOS or Android®.

You need a smartphone or tablet and a computer with Internet access. Compatible with all smartphones and tablets using iOS 7 and Android 4.3 and later. The device must support Bluetooth 4 or higher.

Join our list for the latest on products, promotions, and experiments and receive FREE Economy Shipping on your first $50+ order