See for yourself how the forces of electricity and magnetism can work together by building a simple DC electric motor using simple materials you can find in any hardware store!

Electricity and magnetism are both forces caused by the movement of tiny charged particles that make up atoms, the building blocks of all matter. When a wire is hooked up to a battery, current flows through the wire because negatively charged electrons flow from the negative terminal of the battery toward the positive terminal of the battery because opposite charges attract each other, while similar charges repel each other. This flow of electrons through the wire is an electric current, and it produces a magnetic field.

In a magnet, atoms are lined up so that the negatively charged electrons are all spinning in the same direction. Like an electric current, the movement of the electrons creates a magnetic force. The area around the magnet where the force is active is called a magnetic field. Metal objects and other magnets that enter this field will be pulled toward the magnet.

The way the atoms are lined up creates two different poles in the magnet, a north pole and a south pole. As with electrical charges, opposite poles attract each other, while like poles repel each other.

Learn about electromagnetism and its many uses here.

What You Need to Make a DIY Motor with Magnets 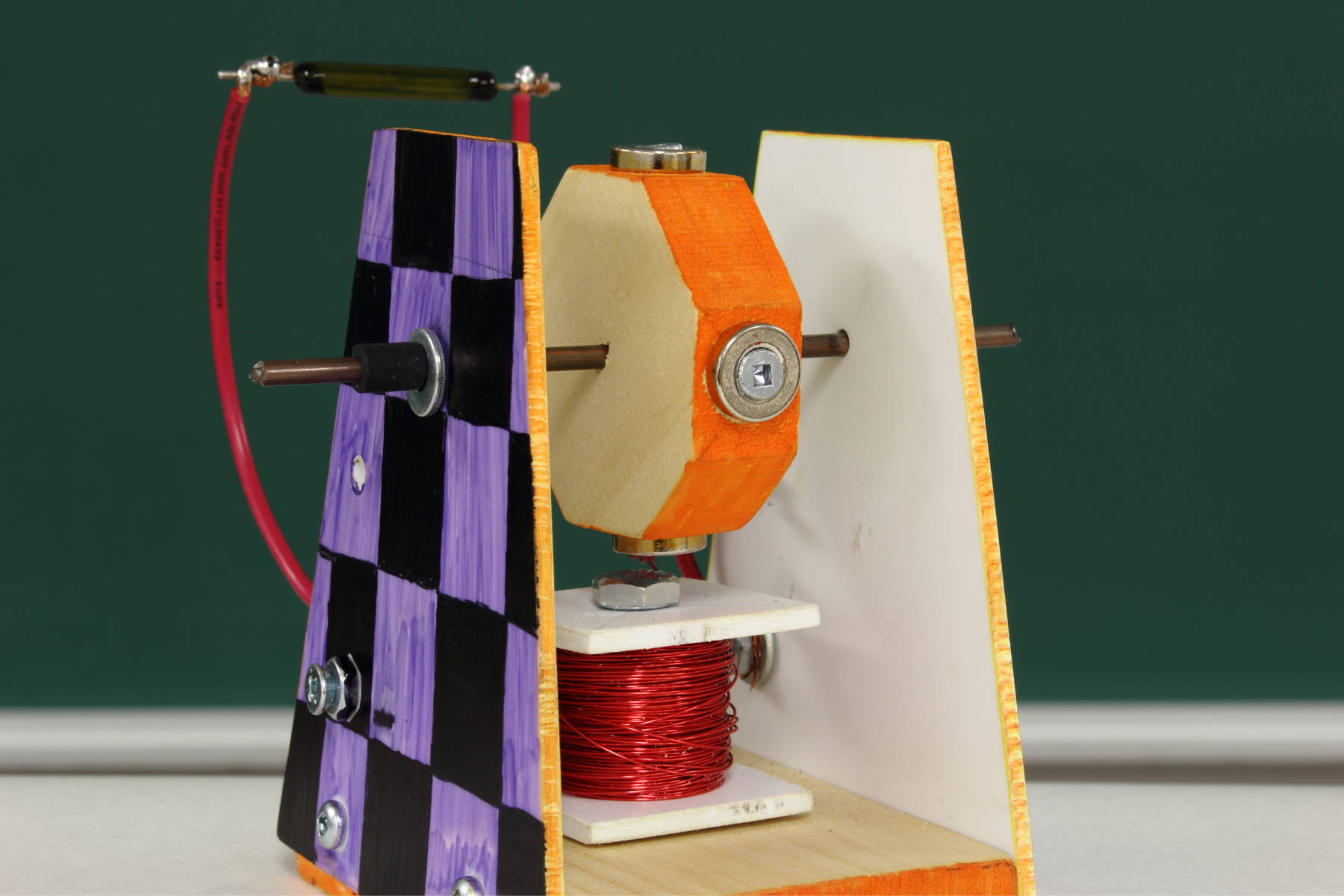 How to Build a Simple Electric Motor

The armature is a temporary magnet, getting its force from the electrical current in the battery. The neodymium magnet is permanent, meaning that it will always have two poles, and cannot lose its force.

These two forces – electricity and magnetism – work together to spin the motor. The poles of the permanent magnet repel the poles of the temporary magnet, causing the armature to rotate one-half turn. After a half-turn, the insulated side of the wire (the part you colored with a permanent marker) contacts the paper clips, stopping the electric current. The force of gravity finishes the turn of the armature until the bare side is touching again and the process starts over.

The motor you created uses direct current, or DC, to rotate the armature. The magnetic force is only able to flow in one direction, so the motor spins in only one direction. AC, or alternating current, uses the same principle of electron flow, but the pole is rotating rather than in one place. AC motors are often more complex than DC motors, like the simple one you were able to make. Unlike a fixed DC motor, AC motors can switch the direction of rotation.

(The DC motor you made is only able to spin in one direction because its direction is determined by the poles of the permanent magnet. If you turn the magnet over, so the other pole is facing up, it will change the direction the motor spins.)

Experiment with batteries of higher voltage, as well as more powerful magnets. You can also try using ceramic magnets. One design we found worked well was to set the armature over 4 ceramic ring magnets and connect the supporting paperclips to a 6V battery.

You can also try increasing the size of the armature, and how many coils there are, to make a stronger electromagnet. When using batteries of higher voltage, and bare wires, be very careful. The circuit can emit enough heat to cause a burn if the wire is held too long.

These experiments are perfect for science fair projects or to continue learning about electricity and magnetism at home.

Without motors, your house would be without electricity! AC motors are essential for power plant generators that supply us with electricity.

Many small motors can be found in cars for power windows, heating, cooling fans, and windshield wipers. Motors can also be found all around the house, especially for slow-moving, high-torque functions. 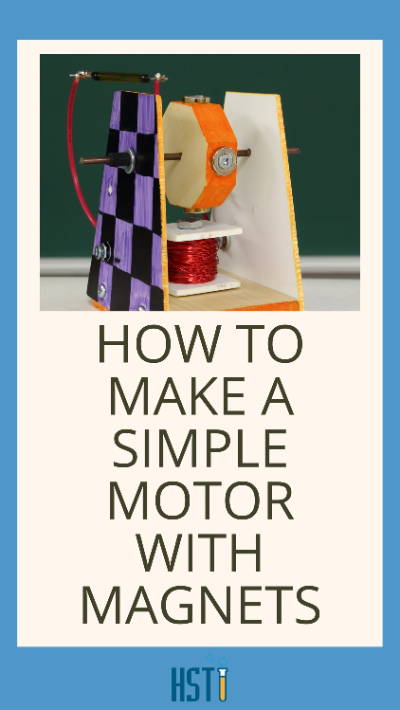