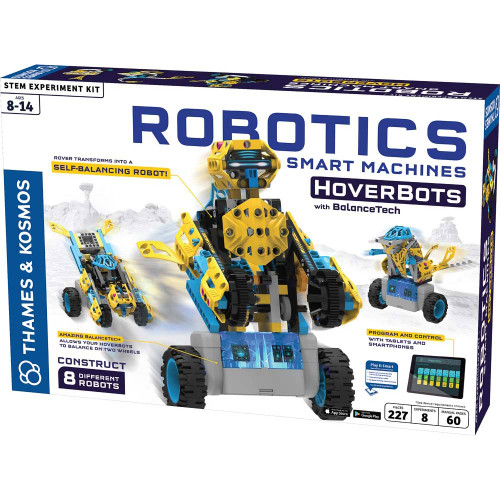 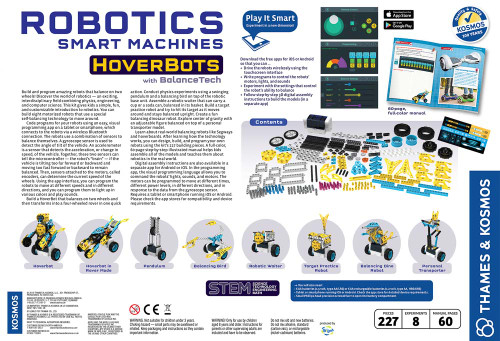 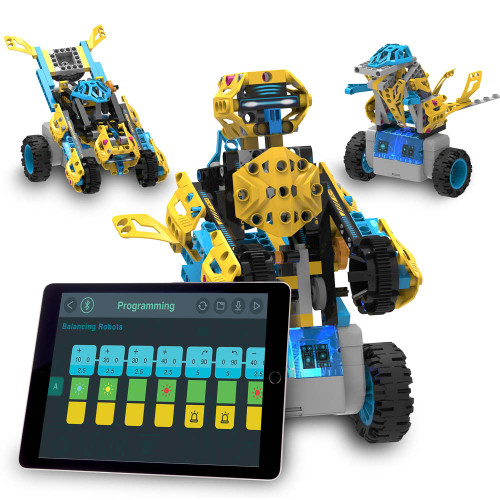 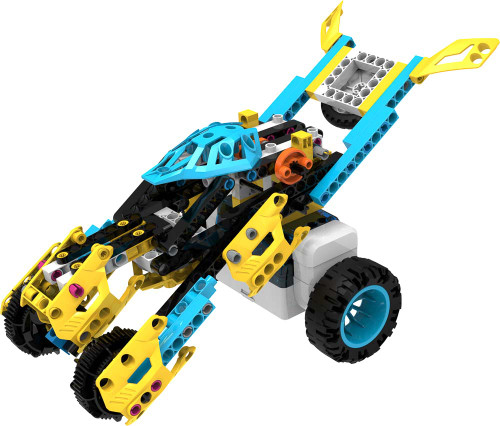 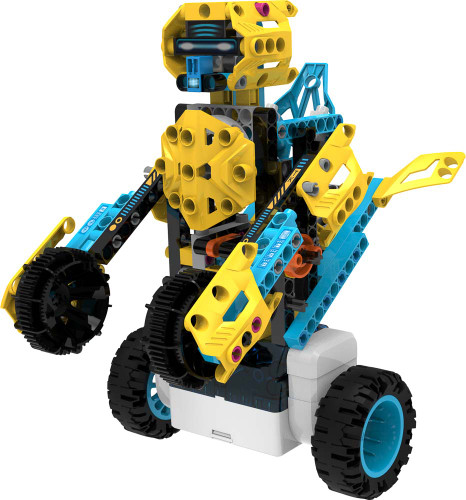 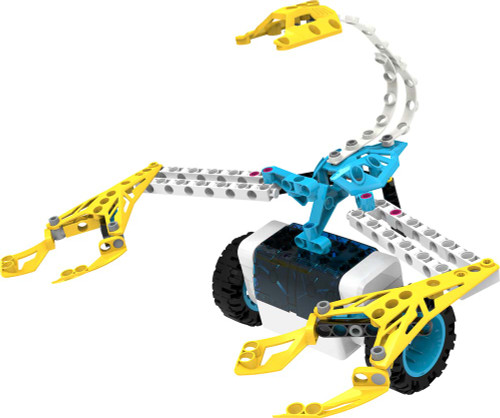 Use this Thames & Kosmos Hoverbots kit to build and program amazing robots that balance on two wheels! This kit gives kids a simple, fun & customizable intro to robotics as they build 8 motorized robots that self-balance. Read More

My Science Perks members earn at least $2.43 back on this item. Sign In or Create a Free HST Account to start earning today

This Thames & Kosmos Hover Bots kit gives kids a simple, fun, and customizable introduction to robotics. You can build eight motorized robots that use a special self-balancing technology to move around. Code programs for your robots using an easy, visual programming app on a tablet or smartphone, which connects to the robots via a wireless Bluetooth connection.

The hoverbots in this robotics kit use a combination of sensors to balance themselves:

Together, these two sensors can tell the microcontroller — the robot’s “brain” — if the vehicle is tilting too far forward or backward and moving too fast forward or backward to remain balanced! Then, sensors attached to the motors, called encoders, can determine the current speed of the wheels. Using the app interface, you can program the robots to move at different speeds and in different directions, and you can program them to light up in various colors and play sounds.

Use this Thames & Kosmos Hoverbots Smart Machines kit to:

After learning how the technology works, you can design, build, and program your own robots using the kit’s 227 building pieces. A full-color, 60-page step-by-step illustrated manual helps kids assemble all of the models and teaches them about robotics in the real world.

Digital assembly instructions are also available in a separate app for Android or iOS. In the programming app, the visual programming language allows you to command the robots’ lights, sounds, and motors. The motors can be programmed to move at different times, different power levels, in different directions, and in response to the data from the gyroscope sensor. Requires a tablet or smartphone running iOS or Android. Please check the app stores for compatibility and device requirements.

WARNING: CHOKING HAZARD - Small parts. Not for children under 3 years.
My Science Perks

Join our list for the latest on products, promotions, and experiments and receive FREE shipping on your first $50+ order