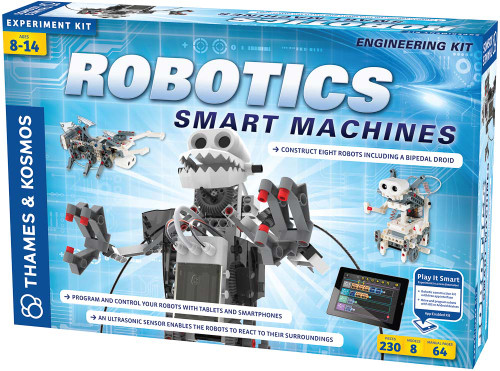 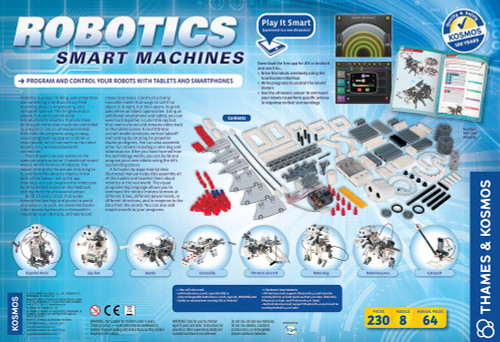 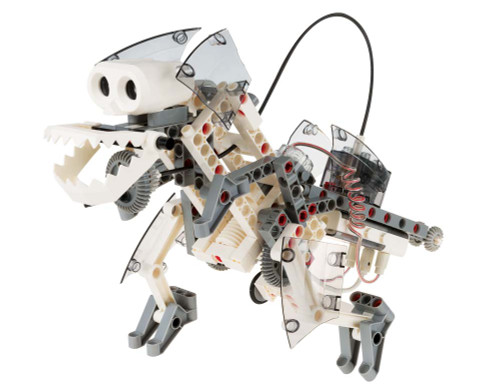 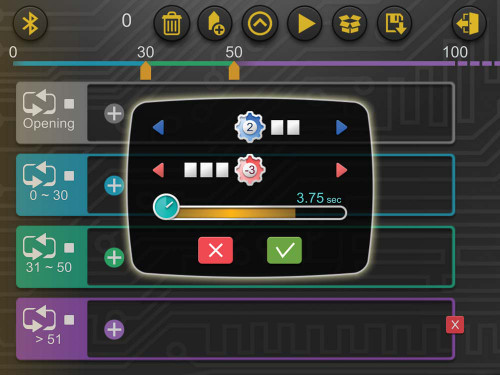 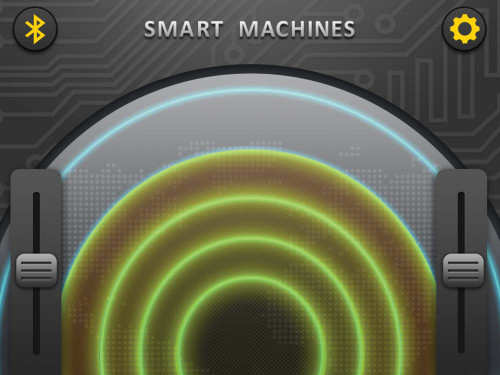 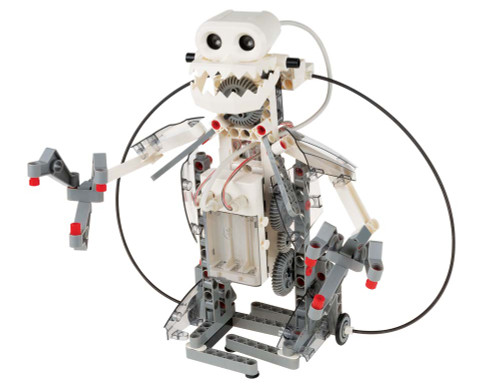 My Science Perks members earn at least $2.43 back on this item. Sign In or Create a Free HST Account to start earning today

The Thames & Kosmos Robotics Smart Machines kit is an interactive, fun way to introduce kids to robotics and programming!

After building their own robot, kids can program it using a tablet (like an iPad) or smart phone to perform defined actions. The ultrasonic sensor inside this kit even allows the robot to respond to its surroundings! With this engaging robotics smart machines kit, kids can build, program, and learn from 8 different robot models.

The programming app can be downloaded for free, is available for both iOS and Android systems, and connects with the robot via Bluetooth. Visual programming, which includes bright colors and shapes, is used to provide a user- friendly programming experience that doesn't distract from the excitement of controlling the robot.

The Robotics: Smart Machines kit from Thames & Kosmos includes more than 230 pieces, plus a full-color, 64-page manual. All you have to provide are some AAA batteries and the tablet or smart phone.

Robotics is a vast, thrilling, and sometimes overwhelming interdisciplinary field involving physics, engineering, and computer science. This robot kit gives kids a simple, fun, and customizable introduction to robotics that lets them build 8 motorized machines controlled by programs and an ultrasound sensor.

Kids code the programs using an easy, visual programming app on a tablet or smartphone, which connects to the robot models via a wireless Bluetooth connection.

The ultrasonic sensor works on the same principle as sonar. It sends out sound waves, which bounce off objects. The sensor interprets the echoes returning to it, and from this detects objects in the path of the sensor.

Using the app interface, you can program the robots to behave according to the feedback from the ultrasound sensor.

A few examples to get your creative juices flowing:

A full-color, 64-page step-by-step illustrated manual helps kids assemble all of the robot models and teaches them about robotics in the real world. The visual programming language allows you to command the robots' motors to move at different times, different power levels, in different directions, and in response to the data from the sensor. Requires a tablet or smartphone running iOS or Android. Check the app stores for compatibility and device requirements.

The ultrasonic sensor sends out ultrasound waves and 'listens' for them to bounce off of objects. One 'eye' on the sensor is a transmitter and the other is a receiver. The transmitter sends out ultrasonic waves, like a speaker, and the receiver senses the waves that bounce back, like a microphone. The information collected by the sensor is passed on to the app which controls the models and makes them move. Depending on the data coming from the ultrasound sensor, your robot can move to avoid obstacles in its path, wiggle its tail, open its mouth, and more!

The kit contains building pieces and instructions to build 8 different models: a Bipedal Droid, Spy Bot, Beetle, Crocodile, Tiltrotor Aircraft, Robo Dog, Robotosaurus, and Catapult. After constructing a model, kids can use the free downloadable app to program their creation to walk and move using a smartphone or tablet.

The 64-page illustrated manual offers more than just instructions for assembling the 8 models in the kit. Children learn about the science behind ultrasound, how certain animals use echolocation to hunt and find their way in the dark, how sonar and radar were developed to help pilots navigate the skies, and much more. The manual also provides easy-to-follow instructions and guidelines for writing programs through the free app, enabling your smartphone or tablet to act as a remote-control to make the models move.

The app for Robotics: Smart Machines is the 'brain' of your robotic models. It uses feedback from the ultrasonic sensor and program instructions to control the models. The app is free to download from the App Store for iOS devices, or from Google Play for Android devices. Check the app stores for compatibility and device requirements.

Kids get an introduction to programming with this kit. They can write their own programs in the app, or use one of the 7 pre-loaded demo programs to get the models moving. Included are instructions on how to create programs to move the motors in the models, as well as to create sound so that when their robot walks, a simple melody plays through their smartphone or tablet.

Thames & Kosmos is committed to providing quality products that users can enjoy and learn from for a long time. Our customer service department is available to troubleshoot any problems that may arise while using our kits, and replacement parts are also available. Should you have any questions or concerns, please don't hesitate to contact us. We love our products and want you to have the best experience with them as possible!

WARNING: CHOKING HAZARD - Small parts. Not for children under 3 years.
13922
My Science Perks

Join our list for the latest on products, promotions, and experiments and receive FREE shipping on your first $50+ order